Lee Habeeb’s “The Streets Were My Father”

Lee Habeeb comes on the show to talk about his new movie that focuses on the problem of fatherlessness. 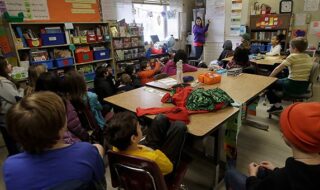 The Single Best Thing Americans Can Do to Retake America

The most frequent question people pose to me is: What can I/we do to fight back against the nihilistic anti-American destruction of virtually all the country’s major institutions?

There is an answer.

The single best thing Americans can do to counter the left-wing attack on America — against its freedoms, its schools, it...