Take a graduate student of political philosophy. Now add a love of contemporary politics and popular culture. And the running of two major think tanks, and someone who wrote speeches and books for political candidates and on current events. That’s what Seth Leibsohn brings to his daily show. The range is broad, deep, and fun. Think Aristotle to Aerosmith, Bill Buckley to Billy Joel, Casablanca to Caddyshack. Or, basically, "Socrates at Starbucks." Serious issues are taken with the utmost seriousness but the lighter parts are fun, engaging, and provide great discussion entry points for a broad range of listeners with diverse backgrounds. In this day, where America, conservatism, and politics are all being re-defined, Seth provides the guide and the tour - all while remaining candid, entertaining, and intelligent.

Paul Harvey - If I Were The Devil

Victor Davis Hanson - If You Really Wanted to Destroy the United States, Then...

The Book Of Virtues, by Bill Bennett

David Harsanyi - For The Left, ‘Antisemitism’ Is Little More Than A Partisan Talking Point

The works of historian Jim Piereson

The “Me” Decade and the Third Great Awakening

Christopher Lasch - The Culture of Narcissism: American Life in an Age of Diminishing Expectations

All our sponsors are very special to us—we vet them deeply, and get to know them well.  And they love helping keep our conversation with you available.

Solar Sandy is one of our longest-term sponsors, and simply a great woman.  If you are thinking of saving money by going solar, Sandy will not only help you with great customer service and pricing, as I’ve noted from her other clients, she will also be a friend.

Y-Refy are great guys!  If you’re looking for a smart investment unrelated to the stock market, these guys have a great program, and you do well by doing good. 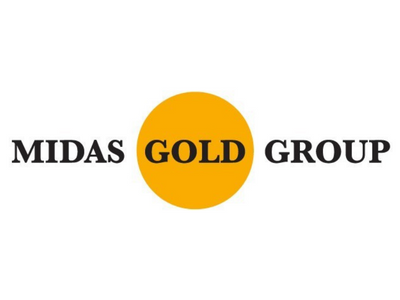 The Midas Gold Group is veteran owned and staffed, like our other sponsors as well—trust the only precious medals dealer Seb Gorka and I, and thousands of you already trust.  Great company that shares our views as well.

Seth Leibsohn is a radio host, writer, policy, political, and communications expert.  The former Vice President of Empower America, one of the nation's premier think tanks, Mr. Leibsohn has counseled, written speeches for, and collaborated with candidates for national office and several former Cabinet officials and is the co-author, with William J. Bennett, of "The Fight of our Lives."  He is a Senior Fellow with the Claremont Institute and the recipient of a "Leader of the Year" award from the Arizona Capital Times for Volunteerism.  He is the co-author, with Chris Buskirk, of the book American Greatness: How Conservatism, Inc. Missed the 2016 Election and What the DC Establishment Needs to Learn.